That is the question! So I’m no longer doing the Advocare Challenge, but I am still going strong in this journey! Eating is on point and I’m doing my best to get workouts in.

And now, Mark Sisson, of Mark’s Daily Apple has got me looking into Keto. I’ve never not thought it was a good idea, but I’ve also not ever considered it for me. I’ve seen folks with great success. I’ve had people tell me they love it. I’ve seen what I think is “bad” keto and then people on point.

So the number 1 thing that the general public touts is all they eat is steak, bacon and butter. And you’re good. Who wouldn’t want to buy in on that? But my sensible self says that’s a little too good to be true. And well guess what? It is too good to be true. Sure those are things that can be part of your everyday but you still need some nutrient dense veggies and it’s ideal to still count macros.

The idea behind keto in my non-scientific, unofficial speak… ya that’s the only speak I know of… is to program your body to be a fat burner and not a sugar burner. We are some carb lovin fools and we make our bodies dependent on GLUCOSE aka sugar. And then when we workout our body craves more GLUCOSE that comes in the form of carbs, which in turn makes us want to eat more carbs and then the harder it is for us to burn fat.

Don’t ask me to show you proof or anything like that. I just barely started researching this and I was pretty clear to say my NON-SCIENTIFIC, UNOFFICIAL SPEAK! 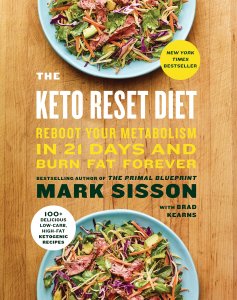 But if you go low carb 20g – 50g, up your HEALTHY fat intake, and eat .7g of protein per lean mass pound, then you can find yourself hitting a ketosis state according to The Keto Reset Diet Written by Mark Sisson. The book starts you off on a 21 day journey of becoming more primal, then diving into a 6 week state of ketosis. They aren’t suggesting that you should become permanently keto. But they don’t say it’s harmful either. But it’s definitely not everyone’s jam. The point is to get back to what people think is our ancestral ways, create more mitochondria ( i have no real clue why or why it’s good? delivering more oxygen to your muscles and brain?), produce good ketones which is a result of your body burning fat vs glucose. And your brain and muscles thrive on the ketones. Then at some point you add intermittent fasting. I already feel like I could hang with that. I’m just not as hungry anymore as it is. And I’m not weak and fragile either. So part of it feels like a natural progression.

Like I said I “listened” to the book which was ok, but I prefer reading an actual book. And I will.

Still with me? Yes? Nonetheless, I still have more research to do. A lot more. But after listening to the book, things started making sense. I definitely don’t see this as a long-term thing for me, but maybe give it a try, see what happens and possible go back to a more primal way of eating in general. Moons ago, I was full on “paleo” … like 100% all in. Like right when it was a FAD. And it’s still around. It was good, I was good. I was the fittest I’d ever been outside of high school living. So it’s not all terrible, I just let “life” get back into my brain and ate all the things and drank all the things.

Currently, I’m already eating around 150-175g of carbs, and healthier ones at that, so that’s lower than the average person. I’m doing well on that. I don’t have big hunger pangs or starvation. I am eating more healthy fats as well. It’s all working. But do I want to dive down deeper? I don’t know yet.

So forgive me for my super high level attempt to regurgitate what I listened too. It was a fail, but that’s where my brain is at right now. And just being real with you all 🙂

At the end of the day, I’m not about just jumping into something that’s all shiny and new without reading up on it. So I’ll take my time and make what I feel will be an educated decision on if it’s something I want to do. And if I do it and fail? Oh well. I have a good baseline of where I’m at now to return to.

But that’s where my headspace is at. Other than that I’m still chugging along. Still eating my carbs, counting my macros and sticking to my calories. 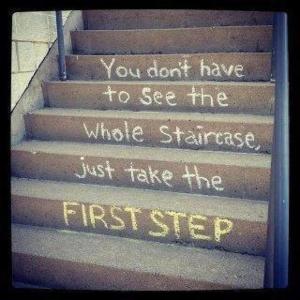 NINETY-FIVE DAYS! For real, y’all! 3 more pounds down! Woot! Let’s go party people! Get your shit together and do something! 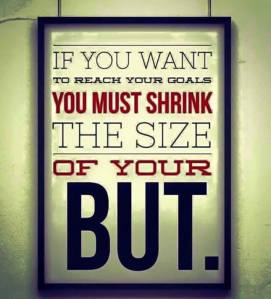