This isn’t a feat of athleticism for most, but for me it’s a start. Finally… (and it’s been a really, really, really long time) I jogged/shuffled a full 400m without stopping. It may not happen again soon, but it happened. And that my friends is progress!

After that run our coaches tried to kill us but that’s neither here nor there… they always try to kill us. I can say though that if Coach Lacy weren’t standing next to me telling to get the reps in, I still may be at the box doing Clusters. I f***ing hate clusters! When we were done with the 30 Clusters that included 3 burpees EMOM (every minute on the minute), we then had to cash out with another 400m run. I was determined to finish and not walk but my shuffle was probably slower than a walk and after approx 100m I had side stitches. So I walked 200m and finished with a 100m shuffle.

Running is getting a little easier. I still don’t like it and but I will continue to get better and maybe it won’t be so terrible. 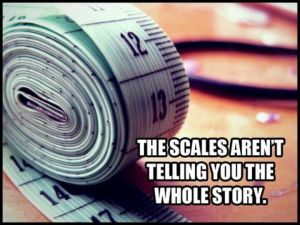 As I mentioned in Friday’s post, I was doing fine for eating while being out of town. At some points I just wasn’t eating enough either and I wasn’t sure what the consequences of that would be. In the end it was fine and I made up for it 2 days in a row. One night I enjoyed some Dos Equis Schooners but ate relatively healthy and the next night I indulged in some Japanese hibachi. Definitely high in sodium and butter and it was oh so good. And other than that it could have been way worse. I knew the choices I was making and fortunately they didn’t land me in a downward spiral. I just picked back up on my next meals. No problems. And I still managed to lose a pound while living in a hotel!

I don’t know where you are on your journey. Just starting. A habitual dieter. Or just a few weeks in, just know some days are easy and some days are so hard you just want to quit it all and stuff your face with cookies and ice cream. Eat some fruit, drink some water and move on. When I think I’m going to crack, I grab a handful of cherries or blueberries and chug water!

It’s a lifestyle change. Forgive me again with the cliché sayings. But it’s true and it’s really not a temporary thing if you want it to last. If you’re ok with being up then being down, over and over again, that’s cool, that’s your jam. But at this moment, I can’t imagine myself stuffing my face with pizza or a cheesecake or whatever. I know the fat kid in me would happily oblige. But I feel like I’m honing in on that good mental state where I KNOW I gotta make the changes more permanent and not just shed a few pounds then gain it all back.

And lately I don’t really crave anything specific. I know deep down if I indulge in too much, I’ll start feeling like poo. And that sounds terrible. I’m already sore from working out all the time. I need a live-in masseuse. And a chef. And a maid. And lots of money. Seriously!

Are y’all hanging in there? Need motivation? Need a push? Let me know. I’m here to help however I can 🙂